We are here for you now, and will stay with you until the completion of your case.

Our clients deserve a bail bondsman that believes in them. 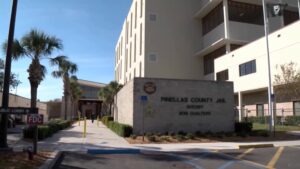 We can help you secure a bail bond on misdemeanor and felony charges. A criminal charge will determine the amount of the bonds and we are uniquely placed for a rapid response to your request.  1st Knight Bail Bonds has decades of experience and will work with each person as an individual and not just a number. We understand that no one plans on being arrested in Pinellas County so money may be tight, don’t hesitate to discuss finances with us so we can work with you.

The Pinellas County Jail is located at 14400 49th Street North in Clearwater, Florida and is the 28th largest jail in the United States. The county jail houses prisoners from every municipal jurisdiction within the county as well as prisoners arrested by deputies of the sheriff’s office.

People suspected of crimes will be brought to the detention center and processed through the book-in area where a bond may be assigned if a judge has issued one. It is not the responsibility of the jail to determine the size of a criminal bail bond and detention officers do not have the ability to increase or reduce bail amounts set by a judge. You can see if a person is in the custody of the Pinellas County Jail by checking Who’s in Jail.

If you believe you may have a warrant for your arrest and would like to take care of it call 1st Knight Bail first. We can contact the issuing agency and verify if there is an active arrest warrant and also find out if there is a bail bond amount already assigned. If there is a bail amount assigned we can have everything set up for you to be able to turn yourself in and get released very rapidly. By preparing ahead of time you can drastically reduce your time inside the jail. Just call (727) 538-7727 to get started.